Remember Super Cars on the Commodore Amiga or Death Rally on the PC? Micro racing simulations that were lots of fun to play, especially if a multiplayer option was available. GeneRally is a freeware game that’s focusing on the racing, and not on extras, power boosts or even shooting. While that may make the game look like its less fun to play than its more action-orientated counterparts, it is something that racing fans still might want to try out.

The less than 2 Megabyte download should not keep you from playing the game. GeneRally is fully compatible with both 32-bit and 64-bit editions of the Microsoft Windows operating system. You can start the game right after you have unpacked the game contents on the system.

You can now add computer or human players, and select the tracks that you want to race on. You can create a full circuit or race a single race instead. You may want to click on the options link as well to change the point system and variables like tire wear, fuel mass and consumption or race length. If you are playing alone, you can also change the driver skill of the AI controlled players. They are pretty good and you will take a few beatings before you gradually get better in the game. 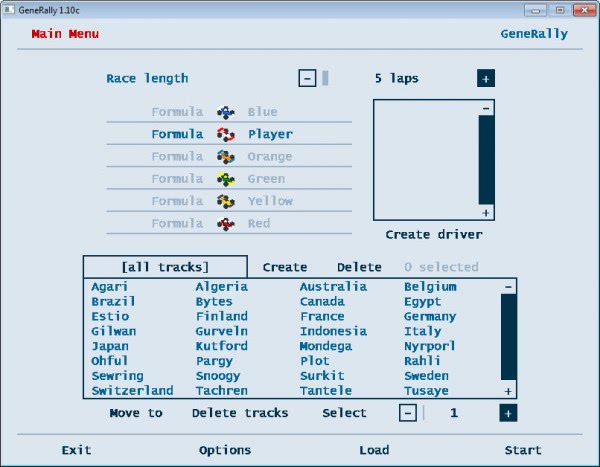 Once you are satisfied with the selection, you can start to race. You control your car with the cursor keys on the keyboard. You can play the game with up to six human players on one PC. I’m not sure how this is going to work though as the keyboard seems to be the only input option.

Each player’s goal is to finish the selected number of rounds before any other player to receive the most victory points. If you have selected multiple tracks, you race on all tracks against the selected players. 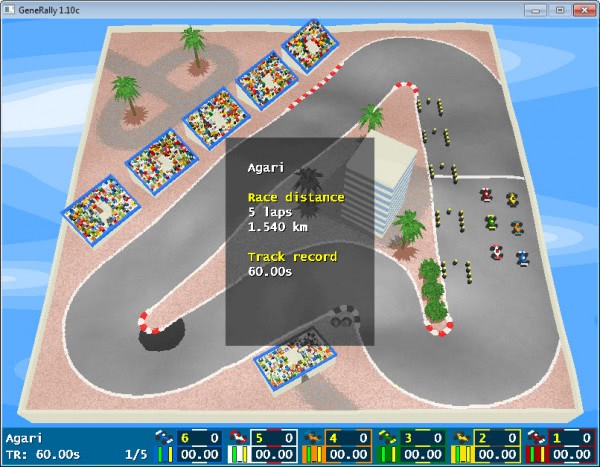 One interesting aspect of the game, next to the incredible amount of tracks it ships with, is the wide range of additional tracks and cars that you can download from fan sites and the official support forum. These will keep you entertained for weeks at least.

The game’s not top notch graphics-wise, but it is playable and fun, especially if you play with a friend on the same computer. And if you are really into it, you find racing leagues on fan sites that you can participate in.